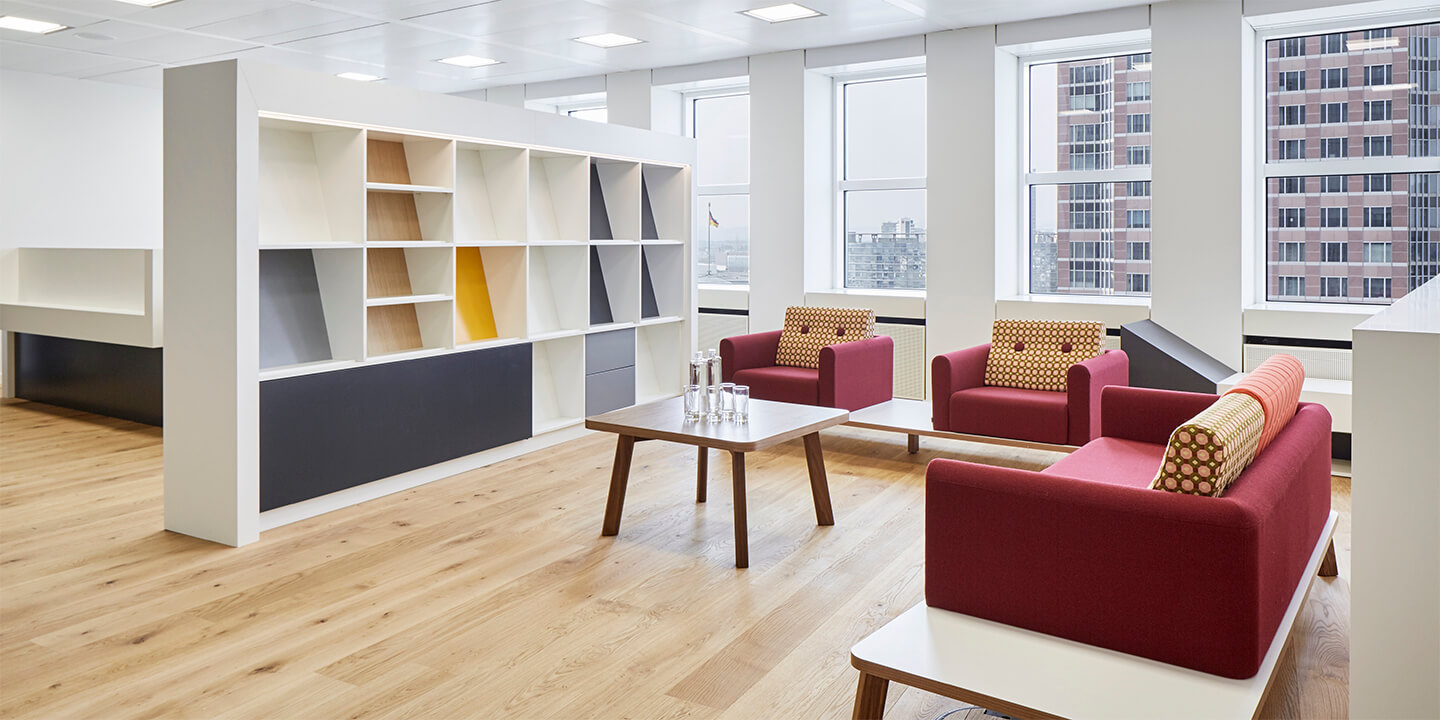 MERCER Deutschland GmbH already sought advice from Timo Brehme, founder of conceptsued°| CSMM, concerning the Frankfurt location in the Access Tower back in 2007. As their collaboration with the architecture firm proved so successful, MERCER has once again appointed the experts at conceptsued° in 2017 for the move to the Kastor Tower.

MERCER MERCER is an international management consultancy. The subsidiary of the Marsh & McLennan Companies employs around 20,000 people in more than 40 countries worldwide.

Mercer Deutschland GmbH was already advised by Timo Brehme, the founder of CSMM (formerly: conceptsued°), for the Frankfurt location in the Access Tower in 2007. Due to the successful cooperation with the architect's office, MERCER now also engaged the experts from conceptsued° for the move to the Kastor Tower 2017.

After thorough consideration, the decision to relocate to Frankfurt was made and it quickly became clear that the official office standard of the Marsh & McLennan Companies would also be implemented in the new rental space in the Kastor Tower. The change from a highly timbered office concept to a modern open office concept with a balanced ratio of communication and retreat areas was very much welcomed and accepted by the employees.

CSMM (conceptsued°) conceived and designed the new office space, including the design and planning of tailor-made carpentry solutions.

Mercer Deutschland GmbH's mission is to help improve the health, prosperity and performance of more than 110 million people around the world. Accordingly, the focus in the new office was also on the well-being of the company's employees. Solvent-free paint and adhesives as well as wooden system partitions were as self-evident as a PreCheck by conceptsued° for certification by the Deutsche Gesellschaft für Nachhaltiges Bauen (German Sustainable Building Council).

We are pleased that MARSH & McLENNAN COMPANIES have been committed to CSMM (conceptsued°) for all their offices in Germany since their first cooperation with Timo Brehme in 2006.