The move from Munich’s Türkenstrasse to the new Parkstadt Schwabing neighbourhood has allowed ARRI to bring all its specialist camera systems units as well as its administrative departments together under one roof for the first time in its long history. For the roughly 600 staff at ARRI, that means shorter distances, optimized processes and better communication, but above all an opportunity to have a real impact on the future of film with their technical innovations. Larger offices as well as a combination of quiet zones and meeting spaces are the main structural elements of CSMM’s open-plan concept, which is designed to promote interdisciplinary collaboration and a free exchange of ideas. The new corporate headquarters owes its name “ARRIAL” to a competition among the entire staff. ARRIAL was commissioned by ARRI and built based on plans by the architectural firm Hoffmann Amtsberg. Sustainability and open-plan spaces were the key priorities during the planning stage. High ceilings with an industrial character, deep, large-scale timber-framed windows, light-flooded staircases and the landscaping in the interior courtyard underscore the property’s function as a place of possibility and an engine of innovation. With spaces for collaborative work and social interaction, the staff have a pleasant, modern work environment. The CSMM team also designed and implemented the wayfinding system to help people navigate the space. Thanks to its own in-house power supply from roof-mounted solar panels and an ample supply of charging points for cars and bicycles, ARRI has its sights set firmly on the future – not only in terms of camera technology but also when it comes to sustainability. 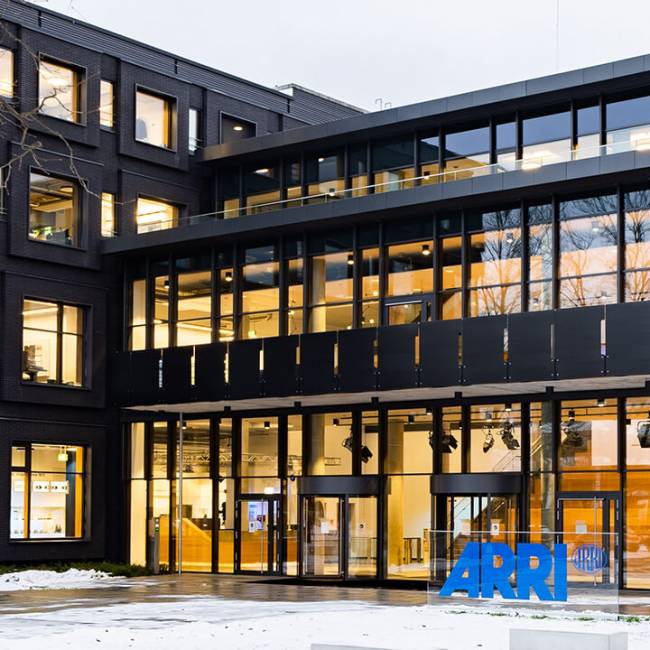